Our experts will reply you very soon.

* Mentioned prices may vary depending upon date of travel, hotel availability, surge pricing and seasonal rush.

Its 5 Nights/6 Days Package.
Unbelievable August Offer.
India is a land of diverse religion, heritage, culture & traditions and the true reflection of this variety is seen through varied festivals, celebrated across the country.
While most of the places in the country enjoy monsoon in August, the plethora of charming festivals in August in India help people enjoy the rain splashes all the more.
We are here to make this festivals joyous with these never before deal.

The Andaman Islands are an Indian archipelago in the Bay of Bengal.
These roughly 300 islands are known for their palm-lined, white-sand beaches, mangroves and tropical rainforests.
Coral reefs supporting marine life such as sharks and rays make for popular diving and snorkeling sites.

Offered price of the package is only Rs 13,798/- Per Person
(On double sharing basis)
Never Before, Never Again, Limited time offer! 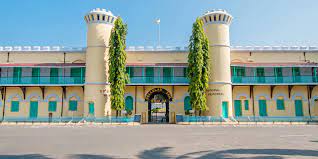 Reach Port Blaire, transfer to hotel. After breakfast visit cellular Jail. The Cellular Jail, also known as Kālā Pānī (lit. 'Black Water'), was a colonial prison in the Andaman and Nicobar Islands, India.
The prison was used by the British government for the purpose of exiling political prisoners to the remote archipelago.
Many notable independence activists, including Diwan Singh Kalepani, Fazl-e-Haq Khairabadi, Yogendra Shukla, Batukeshwar Dutt, Shadan Chandra Chatterjee, Sohan Singh, Hare Krishna Konar, Shiv Verma, Vinayak Damodar Savarkar, Sudhanshu Dasgupta were imprisoned here during the struggle for India's independence.
Light & Sound Show of Cellular Jail The history of the Andaman Islands and the Cellular jail is depicted vibrantly through a Sound & Light Show every evening in the premises of Cellular Jail.
This is a must-visit show for every tourist.
Overnight stay in hotel.
Day 2: 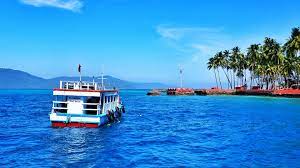 Early morning after breakfast, head towards Ross Island.
Ross Island, officially known as Netaji Subhas Chandra Bose Island, is an island of the Andaman Islands.
It belongs to the South Andaman administrative district.
Then visit North Bay Island.
Famous for the underwater corals, North Bay Island located near the Pheonix Jetty of Port Blair is yet another favorite places to visit in Port Blair.
Stay in hotel.
Day 3: 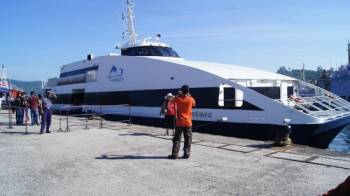 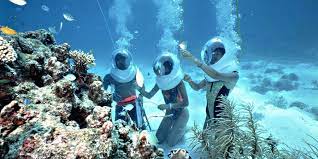 Today is a free day.
You can choose to take rest at hotel or you can enjoy water activities at beach.
Water activities are chargeable.
Enjoy Scuba diving today absolutely on your choice.
Day 5: 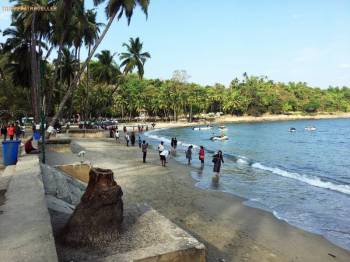 Early morning after breakfast head towards Port Blair by Ferry.
Visit Corbyn's Cove Beach.
Amazing view, Very peaceful!
This beach has a lot of water sports activities, so if you're the one who's got an adrenaline rush within, jump on!
Overnight stay at hotel.
Day 6:

Wake up early morning.
Freshen-up, Have your breakfast .
After breakfast check-out from hotel & transfer to Airport.